What is Off Form Concrete? (Benefits)

Off form concrete is a mix of hydraulic cement, water, and aggregate where the mixture has been placed in the wrong place or in a place that does not conform to specifications. This can occur when it is poured into a form that is either too small, has poor compaction or was not supported properly which causes a void space in the area that is not filled during construction.

In other cases where off form surface finish is constructed intentionally, off-form concrete can be explained as the final surface gotten when concrete is just poured from a framework or mould to achieve the finished surface.

What is Formed Concrete?

Formed concrete is a structural/precast method for containing and shaping concrete. Forming techniques can produce many types of shapes including architectural elements such as walls, stairs and railings; support members; forms for swimming pools and underground buildings; and precast units such as beams, columns and wall panels. The formed components may be cast in the same location as they will be used (site formed) or cast at a manufacturing site off-site from where they will be used (prefabricated).

What Causes Forms to Break?

Forms break because, on many occasions, the formwork may be left in place a little bit longer than they should be. This causes these forms to become weak and fragile which can lead them to break when pressure is being put on the form.

What are Some Causes for Off Form Concrete?

There are many causes for off-form concrete. One main cause of off form concrete would be an incorrect structure being poured within the precast element. In this case, there would be no right or wrong answer as to why they were poured incorrectly since most factors play a role.

Off form concrete is a term used for concrete that does not conform to its intended geometry or shape, with respect to either the number of forms (for multi-sided structures such as buildings), or their location (with respect to each other). The term can also refer to unreinforced masonry veneer on a framed structure.

What is Form Finished Concrete?

Form finished concrete is when the form has been stripped off of a structure and appears in its natural state.

Why is Off Form Concrete Considered Bad?

Off form concrete can be considered bad because if there are any voids or spaces that are not filled with the designated material, then the strength of the entire structure will be greatly reduced which can lead to safety hazards.

Is Off Form Concrete Common?

Off form concrete is very common due to many factors. One main factor would have to be a human error since it is hard for one person to measure and structure precisely every time they pour concrete. It could also be caused by environmental factors such as weather changes, temperature changes, etc…

What are Forms Concrete?

What are Some Benefits of Form Finished Concrete?

Form finished concrete shows off the beautiful structure made by the mixture of cement, aggregate and water which can be very beneficial for many structures. It also allows you to see all potential mistakes in design, material placement etc… which can make it easier to make changes to ensure safety and strength.

Is Form Finished Concrete More Expensive than Off Form Concrete?

Form finished concrete is usually less expensive than off form concrete because if there are any mistakes that need to be fixed then they should not require as much time or labour compared to if an exact replica needs to be made.

Another factor would be the materials used. If off form concrete was being made at the same time, then multiple different types of tools would be required to ensure that it could be removed correctly which in turn will increase the cost.

Concrete texture variation off-forming is the process where you put a small layer of concrete over two layers of reinforcing to create an interesting pattern.

Due to the initial reinforcement, it will be very strong making this method safe for structural projects. It uses only one form that can be reused. This project would require 3 workers which are a finisher, labourer, and delivery driver which will take around 4 days.

Selecting the Type of Formwork to Use when Constructing a Building

The structures primary function, final appearance or required level of performance in terms of strength will play an important role in determining which type of formwork to use.

Other factors that may influence your decision on which type of formwork to use are; availability (location), ease of installation (simplicity) and appearance (aesthetics). 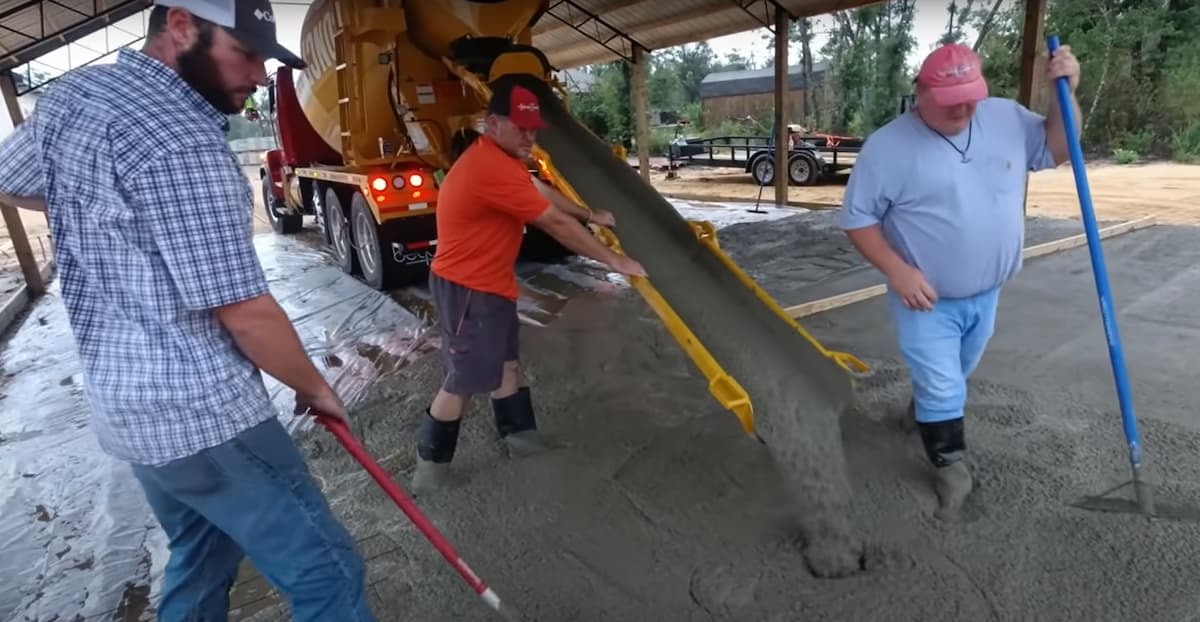