What is a Dry Bulb Thermometer?

A dry bulb thermometer is a common type of thermometer used to measure the surrounding air temperature. It is also known as a mercury-in-glass thermometer, which stands out from other types of thermometers for its ability to reliably and accurately measure changes in atmospheric pressure that may alter the volume of gas inside it.

Dry-bulb temperature measurements provide an indication of the current air temperature at a given location, which can be useful when trying to determine how warm or cold you feel, or if plants need water. This information can then be compared against the wet-bulb temperature, which gives an accurate assessment of how humid it feels outside on a given day by combining air temperature with humidity from evaporation from perspiration on your skin.

Constant dry bulb temperatures are recorded in the shade to avoid direct sunlight. The shade may be provided by a simple shelter, or by attaching an object such as a tree branch between the thermometer and sun.

A thermometer consists of a sealed glass tube containing mercury, which is displayed in the form of the familiar red liquid column inside. The narrow space between the column and the walls of the tube is filled with air, known as the “Torricellian vacuum”, which has an important role to play in helping establish how accurate it may be when measuring temperature changes.

The dry-bulb thermometer provides information about air temperature by converting thermal energy into kinetic energy, where gases expand and contract depending on their current surrounding conditions. For example, on a warm day without much humidity or precipitation, molecules within the atmosphere move around more quickly than they do when it is cold outside with little atmospheric movement.

The direction that these particles move depends on whether the air is hotter or colder than the thermometer, which causes changes in pressure. These changes in pressure may also cause a change in the volume of gas within the Torricellian vacuum, even when there are no atmospheric forces being applied to it.

What is a Wet Bulb Thermometer?

The wet-bulb temperature tells you how hot or cold it feels when relative humidity is also taken into account. It is the lowest temperature one can achieve through evaporation, and it’s calculated by combining air temperature with its relative humidity. The closer the wet bulb is to the dry bulb, the drier the air feels. When using both of these measurements together, feelings of comfort can be better assessed.

The most accurate wet-bulb readings are collected in an instrument called a sling psychrometer that essentially combines a mercury thermometer inside of a water-moistened wick. These readings are only possible in locations where moisture evaporates quickly, so areas with high humidity may not have accurate results.

Where is Wet Bulb Temperature Used?

The wet-bulb temperature is primarily used by meteorologists and forecasters to calculate the heat index, which provides an accurate assessment of how hot or cold it feels outside on a given day. This information can be used in safety precautions for people who are at risk of health problems due to excessive heat or cold temperatures, such as young children, older adults, and pets.

The dry bulb temperature tells you how hot or cold it feels when relative humidity is held constant at 100 percent. It’s the standard by which other temperatures are measured, but does not take into account the amount of moisture in the air. The most accurate wet-bulb readings are collected in an instrument called a sling psychrometer that essentially combines a mercury thermometer inside of a water-moistened wick (the article above explains this process). These readings are only possible in locations where moisture evaporates quickly, so areas with high humidity may not have accurate results.

What is Dew Point Temperature and How do You Measure it?

Dew point temperature is a value that’s measured by comparing ambient air temperature with the actual vapour pressure of the air. The higher this reading gets, the more likely there may be condensation (i.e., dew or frost) on surfaces since the air has cooled down to such an extent that water vapour can no longer be held in its gaseous state without enough energy for this process to occur.

You’ll often hear people say that dew point and relative humidity are essentially the same things, but they only share similar measurements because they’re both measuring how much moisture is suspended in the air as a function of temperature.

What is the Difference Between Dew Point and Relative Humidity?

Relative humidity says how much water vapour can be held in the air as a function of temperature, so it’s more about what’s happening now than predicting changes in weather patterns. Dew point is a value that’s measured by comparing ambient air temperature with the actual vapour pressure of the air (see above for explanation).

The higher this reading gets, the more likely there may be condensation on surfaces since the air has cooled down to such an extent that water vapour can no longer be held in its gaseous state without enough energy for this process to occur (again, see above for explanation). You’ll often hear people say that dew point and relative humidity are essentially the same things, but they only share similar measurements because they’re both measuring how much moisture is suspended in the air as a function of temperature.

What is ‘Hot Humidity’ or ‘Humidex’?

This value that’s measured by taking the temperature and combining it with the relative humidity to determine how hot or cold an area feels. Hot humidity is most often used when talking about outdoor weather, especially during summer months when increased water vapour in the air prevents sweat from evaporating off your skin. This can lead to serious health problems like heat stroke if people are exposed for too long without sufficient water intake.

What is Relative Humidity?

Relative humidity is the amount of moisture in the air compared to what it can potentially hold at that temperature. So, if the relative humidity is low, there’s much more space for water vapour to expand into. If you’ve ever left a milk bottle out on a counter overnight, you might have noticed how large it gets because of this process.

In order to condense water vapour into a liquid, it needs to be cooled below its condensation point. This is why you often see dew form on surfaces that are exposed to the outside. The higher the humidity, the more likely these surface may contain enough energy for this process to occur.

The three measures are all closely linked. The dry bulb temperature is the easiest to understand, showing how hot or cold it feels outside when humidity is accounted for. It’s measured using a mercury thermometer by inserting it into an airtight sleeve that wicks moisture away from it. If you don’t do this, the lower the humidity gets, the less accurate your reading may be.

This can also allow for evaporation to cool down areas with high temperatures if done correctly. Cooler wet-bulb readings mean higher dew point temperatures, which show what kind of moisture is in the air based on its current condensation point. This is why our skin doesn’t evaporate sweat when it’s very humid, as there’s already too much moisture in the air to allow it to form properly.

How is Ambient Air Temperature Measured?

Air temperature is measured using a thermometer. This reading is then converted into the three different temperature scales by using algorithms that compare it to dry-bulb temperatures, which are the same regardless of the relative humidity in the air (i.e., while there can be significant differences between all three measurements).

The heat index combines both heat and humidity levels to provide an accurate assessment of how hot or cold weather feels outside on a given day. The National Weather Service provides its own calculations for this measurement-based off on dew point readings since they’re very similar within the country’s borders. However, if you’re recording one of these values somewhere else in the world, it’s important to be aware that there are many different variations of how these numbers are calculated.

What is Apparent Temperature and How do You Measure it?

Apparent temperature is a combination of the heat index and humidity to determine what your body feels like in the shade when there’s no wind. The best way to think about this would be to imagine an object placed out in the sun for extended periods of time with no water or shade nearby.

Even if this object has not heated up much, it would be able to reach very high readings on the heat index since there’s nothing else competing for your skin’s attention. However, we’re not comparing that object to air temperature, we’re comparing it to dew point (i.e., ambient moisture levels) and atmospheric pressure (i.e., what you feel in your lungs when breathing).

What is the Heat Index?

The heat index is a measure of how hot it feels outside based on temperature and humidity levels. This calculation is done by comparing the temperature and dew point readings and using algorithms to transform those values into an accurate display of what your body would feel like if there were no air movement or cloud cover nearby.

Apparent temperature, also known as “felt air temperature”, depends on three main factors, dew point (i.e., ambient moisture levels), atmospheric pressure (i.e., weight in the lungs) and wind speed (i.e., what you feel when moving). Since we can’t control these last two values, they’re not included in our calculations unless they deviate from usual conditions (i.e., if there’s a storm or high winds).

How is Temperature Change Measured?

The temperature change can be broken down into two separate measurements, warming and cooling. Warming normally occurs throughout the day as the sun gives off more heat, driving up air temperature first and then moving toward the dew point as moisture levels rise due to this heating process. Cooling happens at night as the sun moves further away from us on its path across the sky, allowing for air to cool without losing much moisture in the process.

What does WBGT Stand for?

WBGT stands for “wet bulb globe temperature” and is the standard most commonly used to measure conditions like heat index, apparent temperature and even some WBGT-based sports performance measurements.

The three main indices that use air temperature readings are Celsius (C), Fahrenheit (F) and Kelvin (K). While they’re all based on similar principles, they vary greatly in how much heat 32 degrees represents relative to other measurements. This means you have to be very careful when using these indices together or comparing them to weather station readings if your source is not using the same scale as the one currently being displayed.

Are you considering installing air conditioning or replacing your current system? With rising power costs, keeping a cap on your air conditioner’s operating costs is crucial, so go for an energy-efficient solution. Read more… 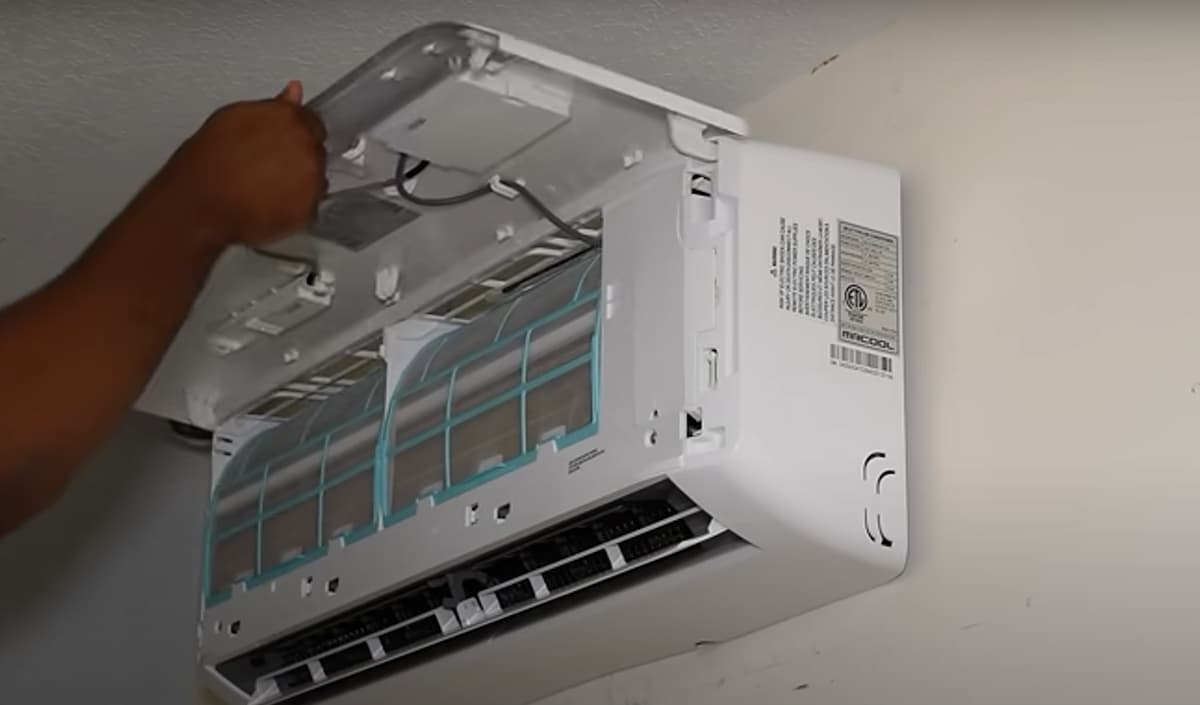 With rising power rates, keeping a cap on your air conditioning running expenses is critical, so select an energy-efficient model. Read more at Specifier. 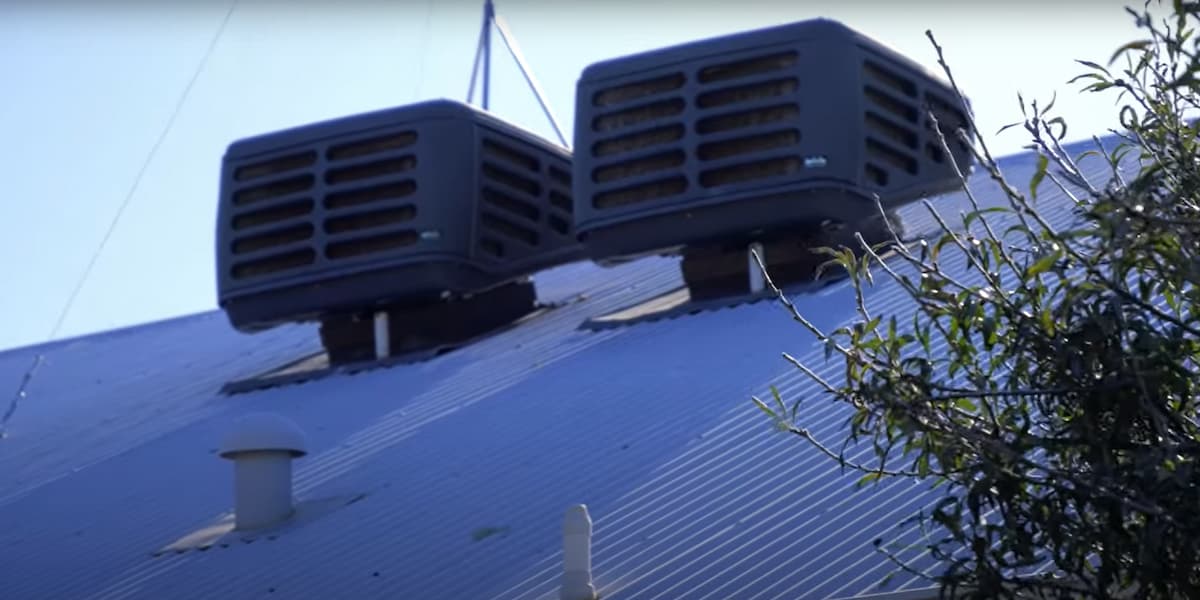 The cost of evaporative coolers is calculated by the volume of water that can potentially be evaporated, and you’ll have to pay for it. Read more…