Table of Contents Hide
Colour Range and Colour Rendering Index (CRI) Rating
Cool White vs Warm White
What is Warm White Lighting?
What is Cool White Lighting?
Warm White vs Cool White?
What are Colour Temperatures?
Colour Temperature Range
What does K Mean?
Warm or Cool?
Where to use Cool Light?
Where to Use Warm Light?
Why should I Buy LED Light Bulbs?
What does Dimmable Mean?
Is LED Light Environmentally Friendly?
How Long do Your LED Bulbs Last?
What is an LED Lifespan?
What Factors Affect an LED Bulb Lifespan?
Heat
Dimmability
How do I Know When It’s Time to Change my LED Light Bulbs?
Can LED Light Bulbs Affect My Health?
Will the Lights Flicker?

The terms “warm white” and “cool white” may sound like they’re referring to the temperature of a lightbulb, but it’s actually just a way for bulb manufacturers to describe the appearance of their bulbs. The majority of LED lightbulbs on the market today are “warm white,” which emit a yellowish tint. If you want your lighting fixture to look more like traditional incandescent lighting, however, you’ll probably want to go with a “cool white” LED bulb instead, these emit a bluer tone.

LEDs can produce millions of different colours, in fact, when many people think about coloured LEDs, they’re likely imagining them producing any one of those millions of colours, not just cool white lights or warm white lights. However, you may also encounter something called the “colour range” (or sometimes colour temperatures) when looking for LED lighting, this is essentially a way to describe how much green or blue light the bulb emits. The further away from that colour range value is from natural white, the more it may lean toward yellow or blue/green.

The CRI rating on an RGB LED lightbulb typically falls somewhere between 70 and 90, which means that if your lighting fixture depends on raising awareness about freshness in your fruit and veggie department, you’ll probably want to look for an RGB LED with a higher CRI rating than that. But if you’re just looking to replace a traditional bulb, a lower CRI rating may be fine, though you’ll probably want to look for a bulb with a higher colour range.

Keep in mind that not all lights labelled with “warm white colour temperature” may emit yellowish tones, some may emit more green tones which can make your indoor spaces look slightly sickly, this is where buying an RGB rather than a single-tone bulb makes sense. There’s no way to know what tint your bulbs may emit other than by trying them out for yourself or asking the company directly (which could be listed in the technical specifications provided by the manufacturer). You could choose either, but there is a difference between warm white or cool white, depends on what you need it for.

What is Warm White Lighting?

Warm white light refers to the colour of the light from a warm white bulb or other sources, it’s usually described as being somewhere between yellow and almost natural white. If you’ve ever taken a photo using incandescent lights, you’re probably familiar with this warm tone. Warm white bulbs are ideal for areas of your home where you need to raise awareness about safety, like in stairways or hallways.

What is Cool White Lighting?

LEDs can produce millions of different colours, including both “warm” and “cool” tones, which means that not all cool whites may be blue/green. In general, however, “cool white” LED lights emit a bluer tone than those labelled as “warm.” This doesn’t mean that they’ll cast a shadow on your wall with their colour but may depend on the shade of blue/green (or whatever other colour). Cool white lighting is ideal for areas of your home where you need to make the environment more comfortable, like living rooms or kitchens.

When looking at warm white or cool white light bulbs, you may also encounter something called the “colour range” (or sometimes colour temperature) when looking for LED bulbs, this is essentially a way to describe how much green or blue light is the bulb emitting. The further away from that colour range value is from white, the more it may lean toward yellow or blue/green. We recommend warm white light for areas of your home that need to raise awareness about safety, like stairways or hallways or we can recommend cool white bulbs for areas of your home that need to make the environment more comfortable, like living rooms or kitchens.

What are Colour Temperatures?

Colour temperature is a measure in Degrees Kelvin that indicates the hue of a specific type of light source, in this case, LED. The lower the colour temperature is, the more yellow/warm the light may appear to be (also called warm white lights), while the higher it is the bluer/cooler it becomes (known as cool white light). Brightness is also a factor in choosing the right light bulb, but that’s another issue.

The typical range of colour temperature is from 1800K to 6500K, but the industry offers a wide selection of products with different ranges. In general, “warm white” LED bulbs have a lower colour temperature than “cool white” ones, these usually emit more yellowish tones rather than bluer/cooler-looking light.

What does K Mean?

Kelvin is a unit used to measure colour temperature. The higher the value on the Kelvin scale, the whiter and colder your lighting may look. For example, a typical incandescent bulb has a 2700K colour temperature which emits amber tones, while an LED with 6000K emits blue tones and provides very bright light. Most people have trouble differentiating between the terms “cool white” and “warm white” when in fact there is a distinction. Cool White is around 6500K to 6800K and Warm White is around 2700K to 3500K.

There isn’t a single answer to this question as your preferences may depend on the type of lighting you want for your home. But since pure white light is available with both LEDs and CFLs, it’s up to you to decide whether yellowish or bluish tones are more suitable for your space.

Where to use Cool Light?

Where to Use Warm Light?

Why should I Buy LED Light Bulbs?

LEDs are the most efficient form of lighting, they’re long-lasting and can be easily dimmable.

What does Dimmable Mean?

A dimmer switch allows you to control how bright or dark your bulb is. By reducing the amount of electricity sent to the bulb, you can maintain a more consistent level of brightness for longer periods of time without overheating it or using more energy than necessary. Dimming saves money because it prolongs the life of your lamp by removing excess heat from its components, which, in turn, reduces wasted energy.

It’s true that LEDs emit less heat than both CFLs and incandescent bulbs so they can save significant amounts of power when installed correctly (and they’re not harmful to the environment).

How Long do Your LED Bulbs Last?

LEDs don’t emit as much heat as incandescent bulbs and even CFLs, so they can provide a home or office with light for a total of 50,000 hours. That’s over 5 years if you use them 24/7.

What is an LED Lifespan?

An LED lifespan typically ranges from 20,000 to 50,000 hours, depending on the quality of the bulb. In other words, that’s more than 5 years if you use them 24/7. If you go with a dud though you could end up replacing it before it reaches its true potential. That being said LEDs have been built to withstand harsh conditions, vibrations and shock.

LEDs don’t get as hot as CFLs or incandescent bulbs, but they still overheat if you use them in enclosed fixtures without proper ventilation. This causes the life expectancy to shorten dramatically due to the damage caused by the excess heat.

LEDs can work perfectly with dimmable switches, but remember that turning lights on and off often may also reduce their life expectancy.

How do I Know When It’s Time to Change my LED Light Bulbs?

As LEDs last longer than CFLs and incandescents, you might forget when you bought your first set of these energy-efficient products. But since they’re still an electronic product, if you notice any abnormalities in the light they emit or notice that they stop working entirely, it may be time to replace them.

LEDs are safe for people and pets since they don’t contain mercury as CFLs do. However, avoid touching your eyes after using them as LEDs can cause damage to your eyesight if you stare directly at their bright light for prolonged periods of time.

Will the Lights Flicker?

LEDs don’t flicker unless there’s a problem with the driver (the unit which powers the lamp) or the power supply, meaning they’re safer than incandescent bulbs although not completely immune to this issue. Manufacturers could always list the expected operating frequency of their products so you can avoid buying a dud.

How Many Downlights Per Room?

Downlights are light fixtures that provide illumination downwards. Read how many of them you need in your house.

Do Downlights Need a Transformer? 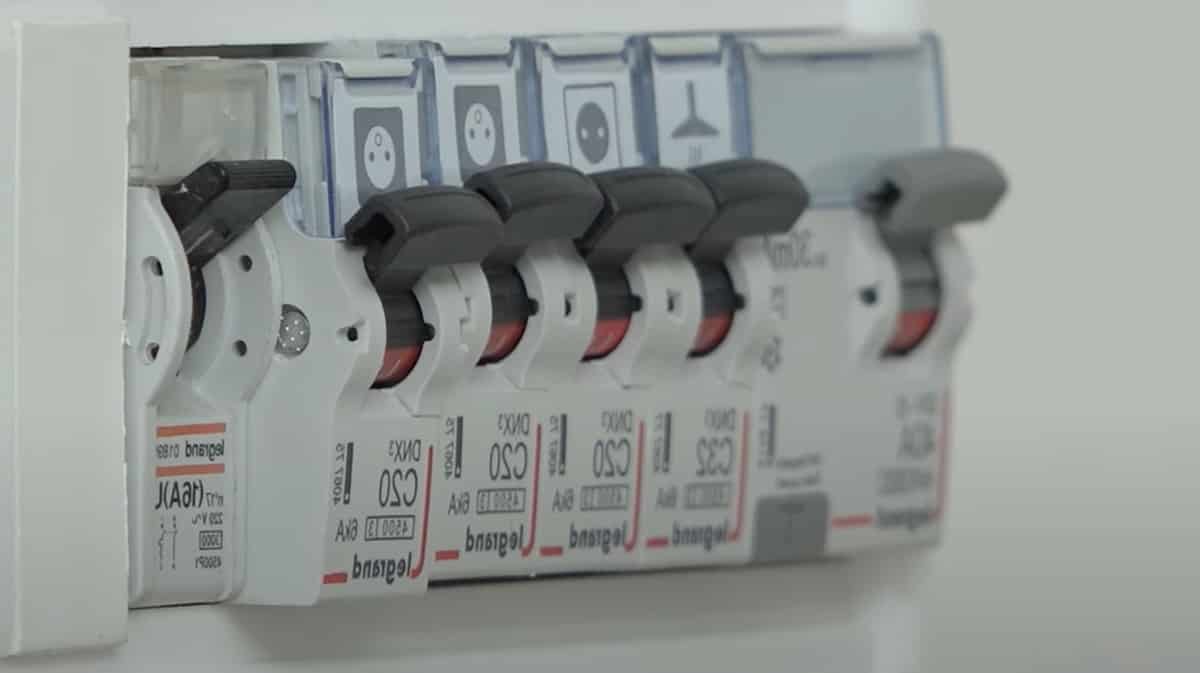 What is a circuit breaker?