In Australia, this term is described as the height from the finished floor to the lowest point on any ceiling above it. This may be a beam, duct or other obstruction.

Even though it’s called typical or average, there is no actual statistic collected anywhere that would describe how many homes do actually follow the standard. Therefore “typical” is a subjective term.

The terms “low ceiling” and “high ceiling” usually refer to the actual height, which can make it easier to understand. A low ceiling might be anything below 2000 mm (approx 6 ft 6 inches) whereas a high ceiling would most likely be above 2600 mm ( approx 9 ft).

The standard ceiling height in Australia is typically around 2.4 m (8 ft).

Even though it’s called typical or average, there is no actual statistic collected anywhere that would describe how many homes do actually follow the standard. Therefore “typical” is a subjective term.

For example, in a typical Australian home the ceiling would be around 2.4 m (8 ft). It depends on its function and use. Homes used for entertainment purposes such as lounges and living areas may have higher ceilings, whereas bedrooms usually have lower ceilings.

So there is no set standard and actual heights may vary between homes.

The low ceiling is around 2.1 m (7 ft). They are mostly used in limited space areas such as garages, basements, corridors and some living spaces like family rooms etc. It’s usually non-habitable rooms.

The standard roof height is 4.6 m (15 ft). This is the maximum height from the finished floor to any eaves above it, assuming there are no additional obstacles such as a wall, window or door below the ceiling. Rooms with a low ceiling may have less headroom than rooms with high ceilings.

Homes with a high ceiling often have more value than those with lower ones because of their increased usability. The average ceiling height in Australia is up to around 2.9 m (9 ft 6 in).

Even though a high ceiling is often recommended especially if you have tall people living with you or for entertaining purposes, there are some disadvantages to them as well. For example, tall people usually feel uncomfortable under a low ceiling while the reverse is true for short people.

The average room height is around 2.4 m (7 ft 10 in). Although the maximum headroom depends on the person’s height, this is an average reference point to judge if a ceiling is low or high. This is also helpful for people who are not very tall or moderately sized. For example, you can use it to calculate how many rugs you need to cover the floor.

The ceilings in old houses are likely to be lower than those in modern ones. In some cases, main rooms may have a similar height to current habitable rooms, but smaller non-habitable rooms like studies and box bedrooms often had lesser ceiling heights.

The term is also used with reference to the unobstructed vertical distance between an object or surface and the ceiling. For example, a picture hanging on your wall may leave you with 2 inches of ceiling height.

Although there are many advantages, high ceiling homes may require special care and structural strength as well as ventilation. This means higher maintenance costs and can sometimes be problematic as well (for example if you want to install a custom made chandelier).

The standard ceiling height does not limit how high your ceilings could be, but it’s a good rule of thumb when planning a new home in Australia.

The minimum ceiling is about 2.1 m in height (6 ft 11 in). They are mostly used as bathrooms and laundries because of their practical purpose. It’s not a very common type of home design but there is no actual reason why you cannot have one either.

A habitable room cannot have a ceiling lower than 2.4 meters according to the building code of Australia. A kitchen, laundry, hallway, and corridor do not constitute a viable space, and their height can be up to 2.1m.

Some builders and architects have their own rules. For example, a rule of thumb is to have a minimum ceiling height of 2m in the main rooms of a house, and at least 1.7 m in the smaller secondary rooms.

This is a rough estimate of what you can expect:

A 2.7 m (8 ft 10 in) ceiling height is also common with variation between around 2.5m to 3 m depending on the use of the room. A habitable room such as a dining room, living room, family room or lounge rooms with a higher ceiling may be built at least 3 m high while bedrooms are most times not that tall.

The standard wall height is 2.4 m (7 ft 10 in). This does not vary much, but there are a few unusual cases of larger or smaller walls. For example, the hallway may have a very low ceiling at around 2m high, especially if there is a basement area beneath it.

You have to remember that even if the code allows you to have a low ceiling, you should not compromise on comfort. If you are a tall person, it would hurt your neck and head every time you enter the house or sleep on a low bed. Another thing is that colder air falls, so it’s important to have a high ceiling to keep the hotter air closer to the roof.

The standard height for normal rooms in Australia is 2.4 m (7ft 10in) which comprises the floor to ceiling height, but there are some exceptions where it can be less or more. According to the building code of Australia, living rooms cannot have a height less than 2.1m while bathrooms and laundries are allowed to have a height of fewer than 2.4m with the variation allowed.

The height of a normal bedroom is about 2.1m (6ft 11in), but sometimes it can be as low as 1.7m (5ft 7in) for small bedrooms, especially in the older homes with smaller rooms designed to fit only a bed and a dresser.

It’s better to have a higher ceiling because it helps to create a sense of openness and comfort and you can attach some ceiling fans. Unfortunately, this is not always possible and you’ll have to make some compromises depending on your budget and personal taste.

The minimum height in the hallway is 2.4 m (7 ft 10 in) while you can have a height of around 2 m for bathrooms and laundries. The variation in the living room, kitchen, family room and dining room is between 1.85m and 2.4m.

Adding a Room to a House Average Cost Australia

There are a lot of types of house extensions that are common in Australia. Here we write about the types, prices, and advantages of home extensions. 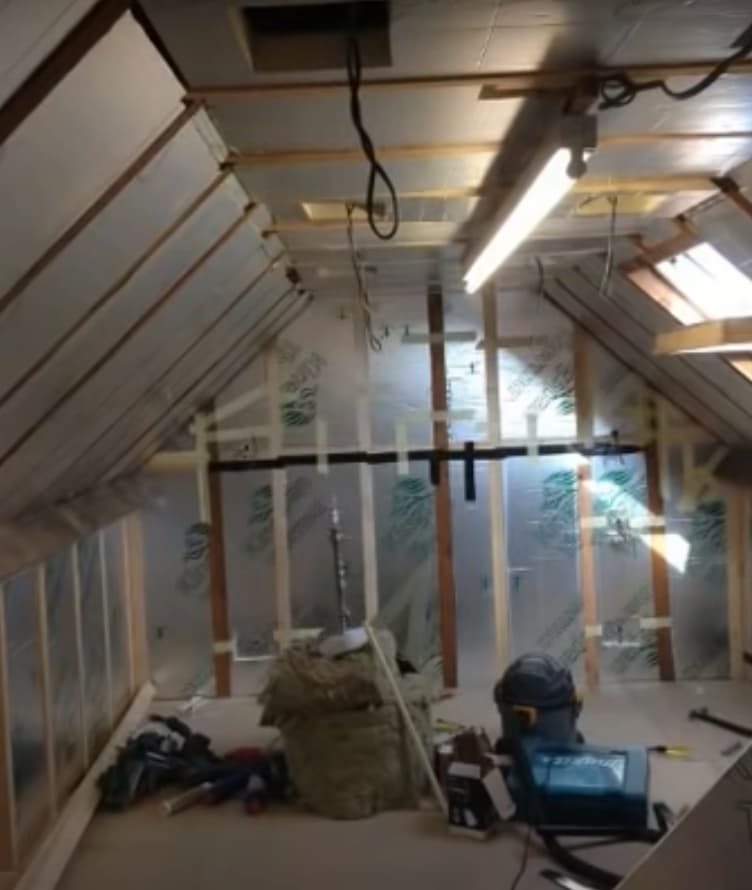 Do you have an attic in your house? You do not use it and you want to convert it? At Specifier you can read is it worth the price you will pay. 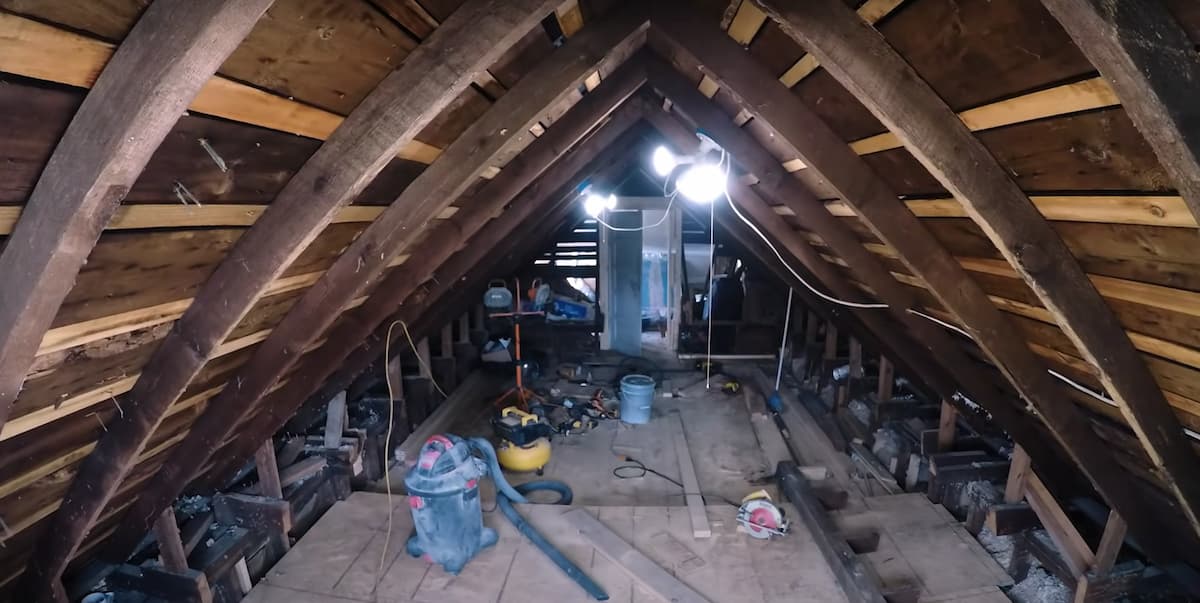 If you want to turn your loft into a living space, here you will find some useful tips on how to do it as well as the cost in Australia.