This is a term describing the early forms of concrete, the quality, lack of mould, in which the strength is not due to reinforcement and/or steelwork and it has no requirement for shuttering.

The name comes from the fact that the formwork (wooden boards) were removed after casting, resulting in a weak finish that would be broken up between cranes for removal.

Off-form concrete is made and poured without any sort of metal mould or framework as opposed to precast concrete, where such an iron frame is used to give shape to the final product. It can be made on-site which is called in situ. Instead, off-form concrete simply refers to concrete poured into open-topped forms that are then removed once the concrete has set sufficiently enough, usually within 24 hours.

The need for these forms is to prevent the setting concrete from being contaminated, which could introduce weakness into the final product and reduce the quality of the building. The formwork has to be sturdy enough not to collapse or break apart due to pressure exerted by the wet concrete inside. Quality must be a top priority regardless of how it’s poured, in which shapes, regardless of loads, on the floor and on top of which material.

Where is This Type of Concrete Commonly Used?

Off-form concrete is often used in construction for walls where relatively low amounts of strength are required. This can be compared with pre-cast-concrete, where a large degree of rigidity and structural integrity is required. Another reason why off-form may be preferred to precast would be if there was a need for hollow sections within the wall e.g. window or door openings that cannot be made in prefabricated concrete elements without site welding/cutting etc.

The term “off form” usually refers to concrete that is used in the construction of buildings, although it could also be applied to constructions where other types of material are cast. It is most commonly used for vertical structures where the pouring and removal of the form take place on location rather than at a factory.

This type of qyality has become more popular recently with the increased use of precast concrete elements. However, some projects still prefer off-form due to its lower cost and faster build times.

This concrete gives a rough finish that is not achieved with other methods. This can be left as it is or could be polished to give a finer texture, depending on the desired final appearance.

The minimum thickness of the concrete surface elements is usually 15 centimetres (6 inches). However, walls can reach much greater heights and this method has been used in the construction of long curtain walls where several storeys are formed from a single formwork wall system.

Class 2 is the most common type of off-form surface finish and can also be called “unfinished” or “industrial”. It consists of a rough, coarse surface that will affect the final appearance after construction.

Off-form concrete structures need formwork to maintain their shape and stability. This is often made from plywood, steel sheeting and battens, which are removed once the concrete has set sufficiently.

Selecting the Type of Formwork

The most important concern in selecting the type of formwork is to make sure it does not collapse when under pressure from the wet concrete inside. The various types of off-form can be divided into three main groups depending on how they are made:

Timber formwork surfaces are the most common type of formwork used in off-form construction and these consist of a number of boards fixed together to make up the wall. Once in place, they can be braced with diagonal pieces to prevent them from moving during the pouring of the wall.

Embed forms are surfaced used in off-form construction when it is necessary to make accurately shaped openings such as windows and doors, or where a cavity is required for insulation purposes. This type of formwork generally consists of preformed units that can be dismantled after installation and then reused in another project.

Preplaced wire mesh formwork is used when there is a need for a sturdy, safe and rigid form. These consist of heavy wire meshes that have been pre-placed in the position where they will be needed. After placing the concrete within them, they are fastened together to maintain their shape throughout the hardening process. The removal of this type of formwork can be complicated and time-consuming, so care should be taken to avoid using it if possible.

Class A concrete is the highest quality form of off-form surface finish. It requires high-quality workmanship. It consists of a smooth, plain surface that will require no further finishing after construction. This can be achieved by having boards that are well aligned and then lubricating them with water prior to the pour. Another method would be to place wire meshes horizontally instead of vertically to prevent any voids from appearing when the concrete is poured.

The surfaces of the board form usually have a plaster covering laid over them to provide a smooth and even finish to the concrete. This will prevent any scratching on the surface once it has been removed and produce clean, sharp edges around openings such as windows and doors. A spooned or stippled finish can be achieved using a groover, which is a specialised tool. When the final finishing has been done and board formwork removed, there may be some rough surfaces and these should be sandblasted to produce an even appearance.

This is a Class 2 surface with a second, more detailed application of a stippled or grooved finish. It is used when there are complicated surfaces or where extensive forming work has been undertaken.

This is a Class A surface with additional fine stippling or grooves formed into it. It is generally used for decorative purposes where the work will be viewed close up, such as in a lobby or entrance area.

This is the highest quality of surface that can be achieved using this type of concrete. The quality is achieved and consists of an extremely smooth surface with intricate stippling or grooves. It is used in areas where the work will be viewed up close, such as decorative panels made by fusing concrete materials together.

The concrete mould can be used to create a variety of different surfaces depending on the finish required. All three types of formwork that are used for off-form structure construction can also be used to create the surface finish.

Rough Finishing with a Baton or Mason Line

This method of finishing is typically used for the single-storey building project where there are no openings, such as fences. It consists simply of cutting off all of the boards that have been formed into the wall down to ground level and then finishing them by sandblasting, stippling or grooving.

This method of finishing is typically used in concrete structures that will have openings such as windows and doors. It consists of the process of cutting the boards into sections using a saw to create a smoother surface finish around these openings. This can be done by measuring and marking out the surface to be cut prior to sawing along these lines. There may be an additional fine stippling or grooving of the board formwork once this has been done.

These can be used for any purpose and consist of pre-made sections that are placed on top of each other, with a joining system used to secure them in place. With off-form concrete, they are often attached to the surface of a wall to create a smooth finish after they have been cut down to size and sandblasted, stippled or grooved.

Sandblasting is done to create an even surface with sharp edges. It can be used in combination with other finishing methods, such as stippling or grooving.

Stippling is done after the concrete has cured and consists of scratching the surface to leave small indentations that will catch the light at different angles. When using this method, it is important to take care not to damage the surface.

The appearance of off-form concrete can be individualised using a variety of finishing techniques that will create various different surface textures. In some cases, these finishes may need to be combined for optimal results. When it comes to the appearance of concrete surfaces, there is no single finish that is better than any other and which one should be chosen depends on the purpose of the concrete work.

The smooth finish of this type of concrete can be used for a variety of purposes, almost any project, however, the surface texture will need to be adapted depending on this. For example, the D form finish is typically designed with decorative functions and would not be suitable for a flooring surface due to its intricate grooves that could be difficult to clean and maintain. A board form finish that is smooth would be suitable and won’t support flooring, however, this type of surface texture is not always suitable for decorative functions.

The specification of the concrete in off-form structures is typically designed to be thin, usually around 20mm. It is important to make sure that there is space between the board formwork and any openings when finishing with a board form surface. The beams are typically made using an H beam which allows them to have greater strength for their comparatively thin structure.

Spoon drains are drain lines with an interior trap that protrude into the pipe enough to create a “spoon” shape. Here at Specifier, you can read about its use.

This stiffened slab is a structural panel that can be used to build floors or roofs. It’s essentially a concrete slab with rigid foam attached to the bottom and top for insulation. Read more… 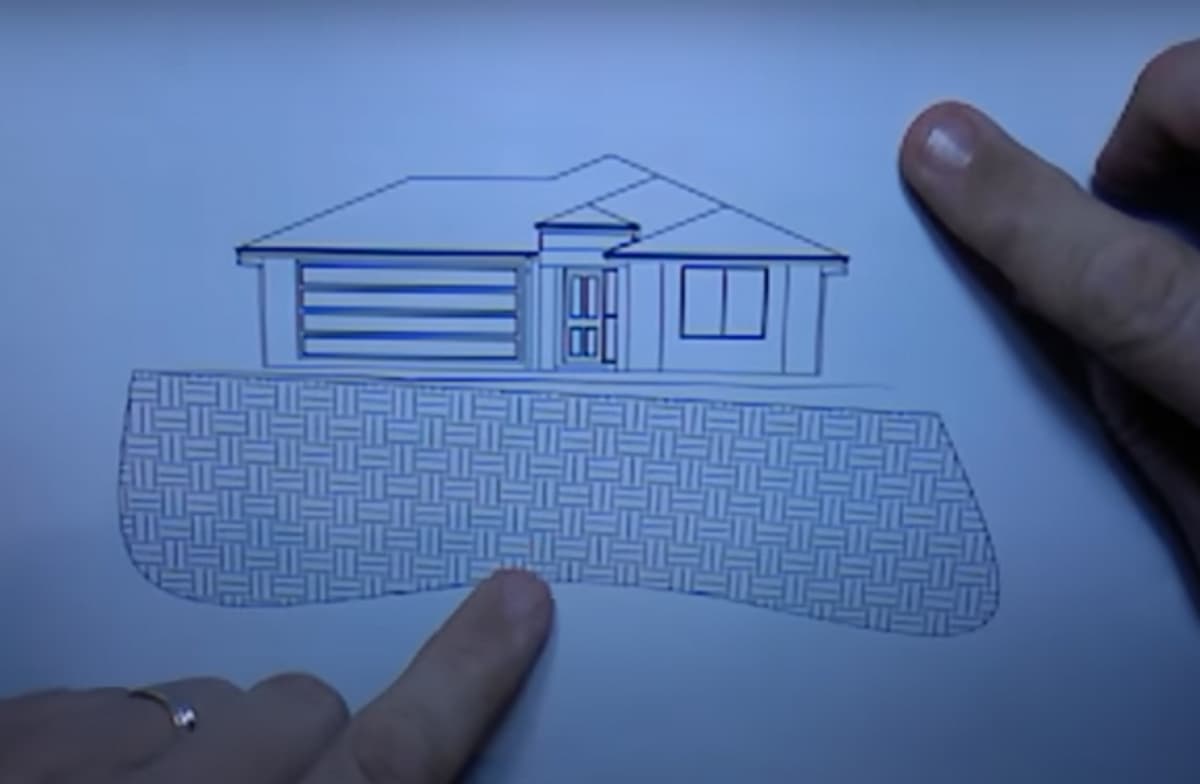 Do you have soil moisture conditions? Slab heave is the most common problem in the industry and occurs when excess moisture inside a foundation wall freezes and thaws. Read everything about it!