How Much Does Fencing Cost Per Metre?

If you’re looking to move forward with a fencing project this year, whether it be paling or timber fencing, PVC fencing or even old school wrought iron fencing, there are likely a few things you might be asking yourself. With the biggest question being, how much is the cost of fencing and what should you expect to pay for fencing contractors.

Whether you’ve been quoted for the entire fencing project or a per metre rate for the cost of fencing materials, we have a few points for you to check out below. You might be over-charged if you’re not too sure about the cost per metre or the price of that specific fencing material. Take a look below:

How do you estimate the cost of a fence?

In most cases, your new fence will be priced or quoted by your contractors based on a few different factors. These will generally include;

The slope or ground type where the fence will be going.

The fence materials that you’ve chosen (Colorbond fence, wrought iron fence, paling or timber fences, dog mesh fencing or any of the other styles mentioned in the costs table below).

Your location or distance from your fence builders.

The timeframe you’ve given for installing a new fence.

The height of the fence.

The removal of an old fence.

With those points out of the way, you can see that there are a few things that go into fence pricing, and the price of materials per metre. That in mind, you can also make a few changes to bring down your fencing prices too.

How much does fencing cost?

Depending on your location, many Australian fencing projects will hit around $100 to $150 per metre for a fencing project, however, treated pine paling fence projets can cost just of $70 per metre.

A general rule of thumb is to always ask your fence builder how much does it cost, prior to having your heart set on a specific material.

With that out of the way, it’s clear to see there are a few different avenues to take if you’re looking to cut down on your price per metre of the fence.

How much does Colorbond fencing cost?

As one of Australia’s premier materials, especially for fencing, there’s a good chance you’ve been suggested to take the Colorbond fencing route over a timber fence, and for good reason.

A vast majority of Australian homes do find themselves in harsh climates that either has sustained winds strong enough to slowly damage timber fence footings or are going to cause sun damage and rot. Colorbond is far more durable and will stand the test of time in just about every Aussie climate – and it’s affordable to boot.

The typical Colorbond fencing cost sits at around $11 through to about $70 per metre, not including labour or other costs. And generally speaking, this is incredibly affordable for such a durable product.

All up, you should be looking at around $100 per square metre of an installed Colorbond fence. With a total project expense of around $1900 to $3000 for a typical Aussie fence.

How much does wooden fencing cost?

Unlike Colorbond, wooden fencing isn’t a manufactured material, and your fences such as hardwood paling fences can be a little more because of this.

To keep things short, the price of wooden fencing will depend on the wood you’re choosing, and that can push pricing from $75 per metre up to $1,000 for one metre. 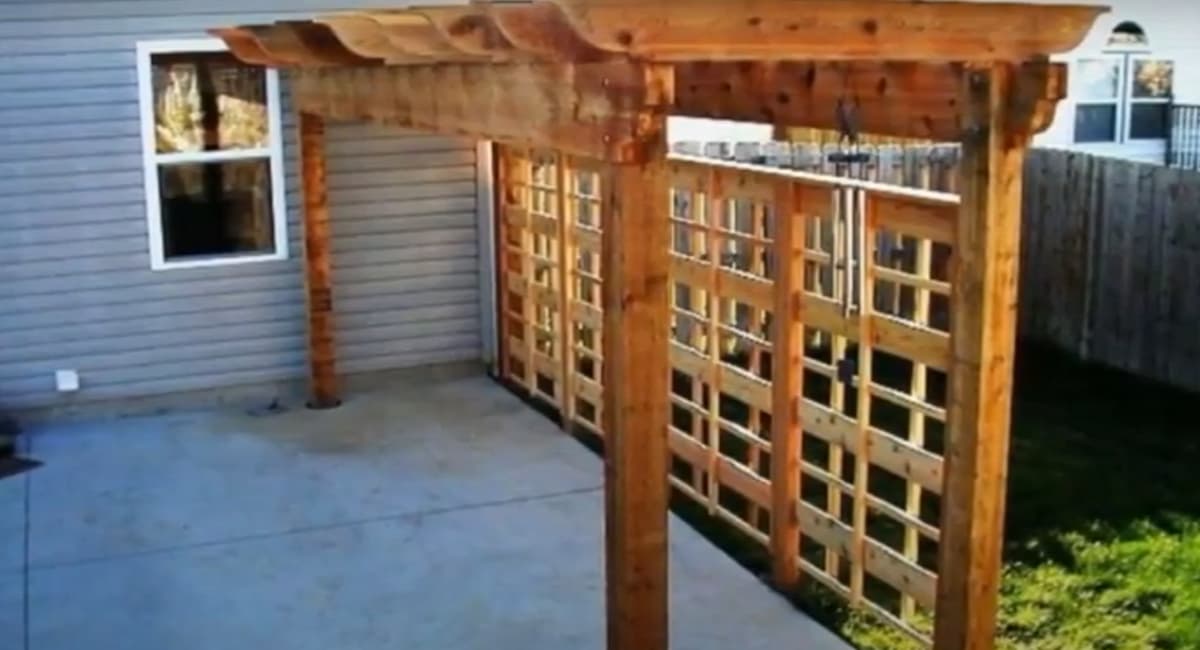 If you’re planning a fence, this is likely to be your first question and let’s face it, money is an important factor. The cost of fencing is measured in metres, and the ultimate price of your project may be determined by a number of factors including the type of fence…

The cost of a fence is per meter, and the total price of your project may be determined by a variety of factors… Read more…

Most professionals offer top-quality fences at affordable prices so that everyone who wants a pool has one. Read more…

Slat fencing is a type of Colorbond fence. Colorbond slats are made from steel sheets with a polymer coating. Read all about it in this post.