The cost to clear land varies depending on several factors. Key factors to consider. How much land do you want to be cleared? A measly 1/4 acre lot, or 400+ hectares of forest. Your land clearing projects start when you prepare land for excavation.

What type of vegetation is on it? Dense rainforest, deciduous trees, grassland, etc and how many species does it have and what’s the diversity like. Also how tall are they? Tall voluminous canopy or shorter light-intercepting scrubby understory? This may affect your cost to clear the land by at least 10 times. Are there other things on the land, perhaps limestone caves that might need excavation for example, which again adds another load onto the total price to clear it. All this affects your final price per hectare to clear it.

What is the terrain like on the land? Flat, rolling, mountainous? This may add to your cost vastly, depending on where on earth you are clearing land for building/farming/logging etc. What kind of vegetation do you want that may effectively render the area abandoned and useless forever? The most common method is fire or herbicide application. Both can be expensive depending on how much of it there is.

A lot of the time even if it looks like forested land from satellite photos, there’s actually none or very minimal canopy cover and it can just be cleared by mowing. Land clearing costs can be as low as $1100 or as high as $3500 per acre. 1 hectare is roughly 2.47 acres. Clearing land and debris removal add up to the total cost to clear land.

House lot land clearing cost depends on where you are looking to buy, and what their method of disposal is. Using online maps for example if the property has not been cleared it may show dark green colouring over the area, which shows tree cover that can’t be seen from ground level or low flying aerial drone photos. Light green areas generally indicate open pastures with minimal trees/shrubs. This isn’t always accurate but helpful in determining vegetation density.

If more than half of the area is covered in dark green, I’d expect $3k+ per hectare may be needed to clear it enough so construction can commence. If it’s absolutely filled with trees I’d expect closer to 4-5k per hectare may need to be paid. It can be much cheaper if the lot is only lightly treed, perhaps you are looking at $1k per hectare. The cost to clear land for a house may not take into account any additional costs that may apply, such as tree removal or excavation.

How to Do Land Clearing?

There are several ways that trees can be removed.

Excavators, dozers and trucks to take out the trees. This is often used in areas where there’s many steep hillsides or cliffs which makes it too dangerous for workers to manually remove each tree by hand like in the past when this was all done with elbow grease.

Axeman, chainsaw operators and other workers use loppers, saws and manual labour to cut down each tree, then chipping it up into small bits before removing it via machinery such as skid steers. Manual methods would also be used on an acreage lot if only small patches of forest need removing rather than entire trees being taken out wholesale.

In some cases, the vegetation is so thick that it needs to be burned off instead of being manually or mechanically taken out. This can add costs onto your final price cost per hectare as often these areas may have to have fire crews on standby for when it’s been cleared, plus they may require at least a day’s notice before clearing begins via permits and such. This mostly applies to heavily forested areas where large scale tree removal would be dangerous and not worth the expense.

Unless you either possess an exemption or the government has determined that you did not require one during the clearing referral procedure, you may need a permit to remove native vegetation. Tree removal is subject to local council rules known as a Tree Preservation Order (TPO) in suburban or rural locations. This legislation is more focused to reflect the city’s particular conservation goals for urban forests. The creation of more healthy ecosystems, enhancing biodiversity, and reducing the heat island effect through tree retention and scheduled tree planting initiatives are all common aims.

The rights of individuals or groups of protected trees and their locations can’t be removed under any circumstances, therefore TPO’s may frequently include a huge tree register that contains names and addresses of people or organizations of sacred trees. Property owners are also entitled to exemptions, which allow them to remove trees without prior authorization.

The Department for Planning and Local Government produces a document, known as the Tree Removal Policy, which lists all of the reasons trees may be removed without council permission. Exemptions include the maximum height and spread of trees that require council consent to be destroyed, as well as a list of protected species that can be lost regardless of height or spread.

The actual price of what you would pay per hectare depends on whether is it flat or hilly, if it is close to water or not, how many trees are there that need removing and what size they are etc. The final price also depends on the type of machinery being used. If it’s mostly trucking running back and forth doing all the removal work then it may be cheaper per hectare than using excavators which scrape out the dirt by hand. Keep in mind that land clearing costs are dependent on location. Realistic prices have an average cost from $10,000 to $120,000 for 1 ha of land. The best thing to do is make a phone call and ask for a quote from various companies.

Remember that the price per hectare figure given by a land clearing company doesn’t include stump grinding or any other costs such as remediation works, survey fees etc. These may be an additional cost on top at the end of the job if required.

Here is a rough estimate of different costs with regard to tree removal. The tree clearing cost may range from as little as $300 to $20,000, depending on the size and type of the land clearing job.

If you have a small number of large trees that need removal you can expect to pay the lowest land clearing cost. If the trees are lower-lying and not particularly tall then it would be cheaper as there may most likely be fewer groundworks involved. A price range from 10k to 20k for 1 ha could cover all the necessary work required though these figures may increase if the company you choose has a bulk discount.

For a large job or heavily forested land, involving groundworks and excavation machinery such as cranes, trucks and backhoes the average cost per hectare may be quite high compared to what you’d expect.

How Land Clearing is Done?

Land clearing includes cutting down trees and digging up stumps, then spraying herbicide all over the area afterwards. It’s important to get your land cleared quickly once you’ve bought it but it’s also expensive.

Land clearing by spraying herbicide is the cheapest method but it can take months before you can build on it and that’s if everything goes well and doesn’t need to be redone again. Your land would be sprayed with herbicides such as glyphosate, metsulfuron-methyl, 2,4-D which kills all plants in the area so anything living there may need to be pulled up or dug out beforehand.

You may want some trees left so they can protect your home from strong winds coming in off the ocean for example. If you’ve had a lot of rain after your area has been cleared this can also make it more hazardous because most of the vegetation is gone and what remains are the roots sticking up out of the soil so it looks more solid than what it actually is. This can be hard for trucks to drive over if there are many trees due to the rough terrain, holes and roots sticking up everywhere which can damage their axles, tires or suspension just by driving on them.

Using excavators or bulldozers has its own problems too because they can also get stuck in boggy ground during rain events which just creates a need for another truck coming out with an excavator/dozer bucket to pull them out. Then once that’s done you’ll hope that’s the only time your tree removal equipment breaks down during land clearing as any issues could mean delays and additional costs onto your final price per hectare and project at hand.

This could mean your machinery breaking down often and needing repairs or replacement parts to be shipped in from outside of town because the nearest supplier may only be a hundred miles away which may add to your final price too. So it’s important to check if there’s something you can do beforehand so that this won’t ever happen on your property.

If you are having trees removed it’s also advised to have an arborist come out beforehand so they can check how healthy each tree is first. If any are sickly, fallen trees or already dead, don’t have them cleared as they can just fall over once cut down and crush nearby buildings or people standing nearby. Many times contractors may cut trees too high up into their branches or not enough, leaving tree branches sticking up all over your property which can be dangerous for people using the area to try and avoid getting hit by one of the high branches.

If you’re having trees cleared it’s best to use a contractor that has been around for quite some time because they may be experienced in how to cut down trees without causing damage to nearby buildings or hurting any employees or customers who happen to be living nearby. The contractor could also be fully insured too because if there is an accident involving someone being injured or crushed by a falling tree then you don’t want them suing you later on if their injuries were partially your fault.

For larger areas, it might also pay off just hiring a bulldozer yourself instead of going with contractors who have to come out, clear the area then put in foundations afterwards just so you can save yourself thousands of dollars. If the area is quite large but not too far away from your house or other buildings on site, this method might be worth it to consider if money isn’t an issue for you because you’ll have zero damage to anything since everything may already be cleared beforehand.

If it’s close enough to your home and any structures are already near where the land clearing work may take place, go ahead and hire a company that does bush/land clearing otherwise, save yourself some major money by doing it all yourself instead of hiring contractors that may charge hundreds per hour every time they need to come out with their equipment.

Clearing trees has meant many years of frustration and money lost with many people not knowing how to do it safely, efficiently or effectively. So if you want to cut down trees in your area and don’t know where to start, at least now you’ll have some idea of what to do and who to call when the time comes. 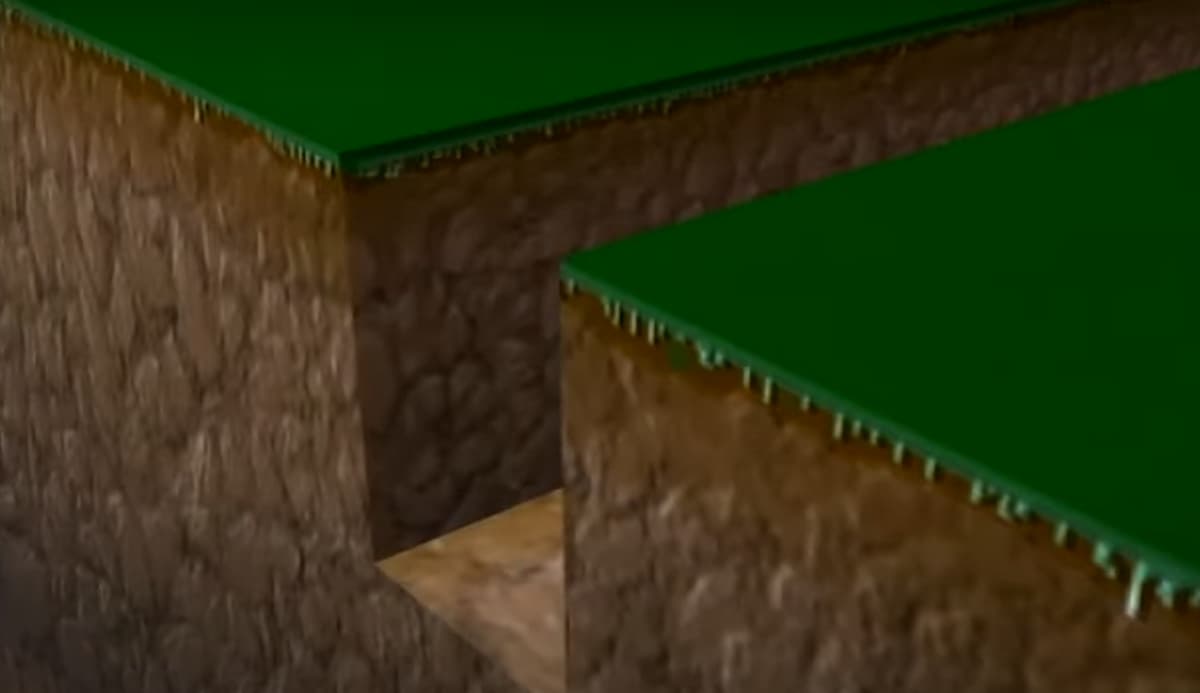 Excavation is the process of digging into the Earth to create underground spaces for either the utility or excavation purposes. Read more here at Specifier.

What is trenching? It is a manual excavation technique and we show you the advantages and disadvantages and what type is the best to choose.