The following article is going to talk about the installation of ceiling fans.

Ceiling fans are inexpensive in comparison to other appliances, such as air conditioners. It also uses significantly less electricity, so there’s really no disadvantage to it. We’ll look at the nitty-gritty details and give you estimated costs for installing a new ceiling fan in your house to help you out.

Ceiling fan installation cost varies depending on a few factors including the size and style of the fan, location, accessibility, warranty and materials. Some can be as low as $100 with others being upwards of $1,000+.

When deciding on a contractor or electrician it’s important to find one that has experience installing ceiling fans because there are some additional considerations such as wiring height from floor joists.

The most common types of ceilings are sloped roofs which use plywood for insulation between rafters so you’ll need someone who knows how to work with those different types of installations.

Cost to Install a Ceiling Fan

The cost of installing a ceiling fan is influenced by a number of variables. They are as follows:

The price of putting up a ceiling fan varies based on the size of the fan. Smaller fans necessitate less costly installation, while larger ones demand more expensive labour. Some brands of fans need extensive, intricate electrical wiring to operate. These add to the cost of establishing ceiling fans with lights, remote controls, and other amenities. The complexity and time required for installing ceiling fans with lights, remote controls and other features are greater. All the costs of these or other features are more significant.

Electricians may provide discounts to those who have multiple ceiling fans put in at the same time. Installing one might cost $165, but having two of them done may cost less than $300. When it comes to installing ceiling fans, very experienced, highly qualified, and certified electricians usually charge more than inexperienced junior electricians. Ceiling fans are typically more expensive than window fans. If the electrician may cut through ceilings and walls, run wires, and install electrical fixtures, the price of installation may rise significantly. The cost of installing an electrician fan can double from $70 per hour to $95 per hour as a result of this work.

How Much does It Cost to Install a Ceiling Fan?

The more functions a ceiling fan has, the more it may cost to install. Ceiling fans with lights, remote controls, and wall switches are typically more expensive to install. Installing a regular ceiling fan may cost between $100 and $165. The cost of installing a ceiling fan might rise as high as $450 to $650 or more if extra features and wiring are needed. If a wall switch must be replaced, installed, or added as part of the ceiling fan installation process, that may cost an extra $40 to $60. The same is true for adding remote control, it could add another $30 to $50 to the overall cost.

It’s important to factor in both material and labour costs when getting quotes for installing a ceiling fan. It’s also vital to keep in mind that the process can take anywhere from 2-5 hours, depending on how complex it is. Electricians doing the installation of ceiling fans may charge an hourly rate for their services which may vary based on their experience and geographic location. The hourly rates go up when they have to cut through ceilings or walls, run wires, and install electrical fixtures.

Ceiling fans and air conditioning have their advantages and disadvantages when compared to each other.

The primary advantage of air conditioners is that they really do make your home’s air cooler. They are, however, expensive to run and dry the air out. Fans truly cool you by circulating the air throughout your body, so they have a more localized impact. However, they are far less expensive to operate and help you acclimate to the temperature more slowly, so you’re not shocked by the cold when you walk into an air-conditioned room. In terms of usage, a ceiling fan consumes around 65 watts per hour versus 2,200 watts per hour for an air conditioner, thus it may cost you a lot less to run a fan. Air conditioners are also known to break down more often than fans.

If you live in a hot or humid region, an air conditioner may be your best bet, there are also environmentally friendly air conditioning systems available that may have a larger influence on the environment while still saving you money. Air-conditioning installation and operational expenses may always be more expensive than a ceiling fan. A ceiling fan consists of the fan, how many you are installing, any wiring that is required, the controls (wall switches or remote controls), and other factors such as additional wiring, installation costs, and labour. The cost of a ceiling fan also depends on where you install it.

The first thing to consider is size. Ceiling fans come in many different sizes, so it’s important that you get one that fits your needs and space correctly. The second consideration is style, which includes blade finish, colour, and light kit options. Depending on the type of room you are installing your ceiling fan in may also dictate some other considerations such as motor noise or remote control accessibility requirements. Finally what kind of electricity do you have? A traditional three-speed system operates at 120 volts with an AC frequency of 60 hertz (cycles per second), while low voltage systems operate at 12 volts with an AC frequency of 50 hertz.

In general, you can anticipate paying the following costs, excluding ceiling fan installations:

How to Install a Ceiling Fan?

A ceiling fan is a complex piece of electrical equipment. If you choose to install your own ceiling fan, you may need the expertise and experience of an experienced electrician. For each fan, expect to pay between $100 and $200 for installation, or a little less per fan if you have more than one installed at the same time. Expect to pay extra if your ceiling fan has new wiring and lighting.

Sparkies may generally charge a flat service fee as well as per hour fees. The service fee may usually cover the first 30 minutes of their work on your project. Expect to pay a service fee in the range of $70 – $130, as well as between $70 and $95 per hour, with each hourly rate being calculated at 15-minute intervals. Only an electrician who has completed specific training is permitted to install a ceiling fan in your house, therefore, it’s essential to get at least three written quotations before selecting a business.

A qualified electrician may take between two and four hours to install a ceiling fan, depending on the complexity of the job. For example, adding a fan to an existing light fixture may be much quicker than running new wiring. Ceiling fans are a great way to save money on your energy bills, as they use far less energy than air conditioners.

How to Hire an Electrician for a Ceiling Fan Installation?

When it comes time to hire an electrician, you may first ensure they are appropriate for your requirements. Some questions to ask them include:

Get estimates from licensed electricians in your area to find out how much your project may cost. This may give you an idea of current market rates.

How Long does a Ceiling Fan Installation Last?

Installing a ceiling fan might take an hour or all day. A simple, easy-to-access ceiling with existing wiring would take less than an hour to install. If a new switch is needed and/or significant additional wiring is required, the time may increase. It may take an extra hour to replace any wires. Ceiling fans are occasionally installed in a new location, and the electrician must run a wire to the new location (including a switch in a circuit). Such jobs need at least a full day or more.

The most basic fan installation task is to install the fan and remove the old one, with assembly taking the longest time. The overall time required to complete the task is lengthened even more by higher ceiling heights. Fans that require illumination also take longer to build. 4 to 5 hours is the expected time for a complete rewiring and fan replacement, depending on the amount of wire to be replaced. If the wires are not immediately accessible, taking one full day to install the entire ceiling fan may occur.

Every ceiling fan installation is different, so it can take between two and five hours for a professional to install your unit. In most cases, this is far less time than it would require you to do the work yourself. If you need assistance with having the job done by an electrician, I recommend using Checkatrade, where you could be able to find an electrician in your area.

Can a Handyman Install a Ceiling Fan?

A handyman may be able to do standard ceiling fan installation, however, if it involves any electrical wiring, the task could only be done by a qualified electrician with full training. While your local handyman can install hardware like blades and light fixtures within an hour, without electrical knowledge they are unable to safely run new wiring for lighting or fans.

Ceiling fan installation requires expertise in working with electricity, using wire nuts is one of many tasks that must be carefully handled by professionals. For anyone who is trying this for the first time, you could find yourself severely injured when attempting to connect wires in the wrong order or forgetting how much wire has already been put together in a given space. The risk is even greater if the floor below is made of tile or if the fan is being installed in a bathroom.

In some cases, it may be possible to install a ceiling fan without rewiring the entire house. If your home already has a fan switch and you’re comfortable working with electricity, you can probably install a new ceiling fan by following the manufacturer’s instructions. However, if you don’t feel comfortable doing this kind of work or don’t have any prior experience, it’s best to leave the installation to a professional electrician.

A ceiling fan installation typically lasts around two to five hours, depending on the electrician’s experience and the complexity of the job. Always get quotes from licensed electricians in your area to find out how much your project may cost. If you’re not comfortable doing electrical work yourself, be sure to hire a professional.

What is Test and Tag?

In essence, test and tag is a means of making sure that electrical appliances are safe to use. Read more… 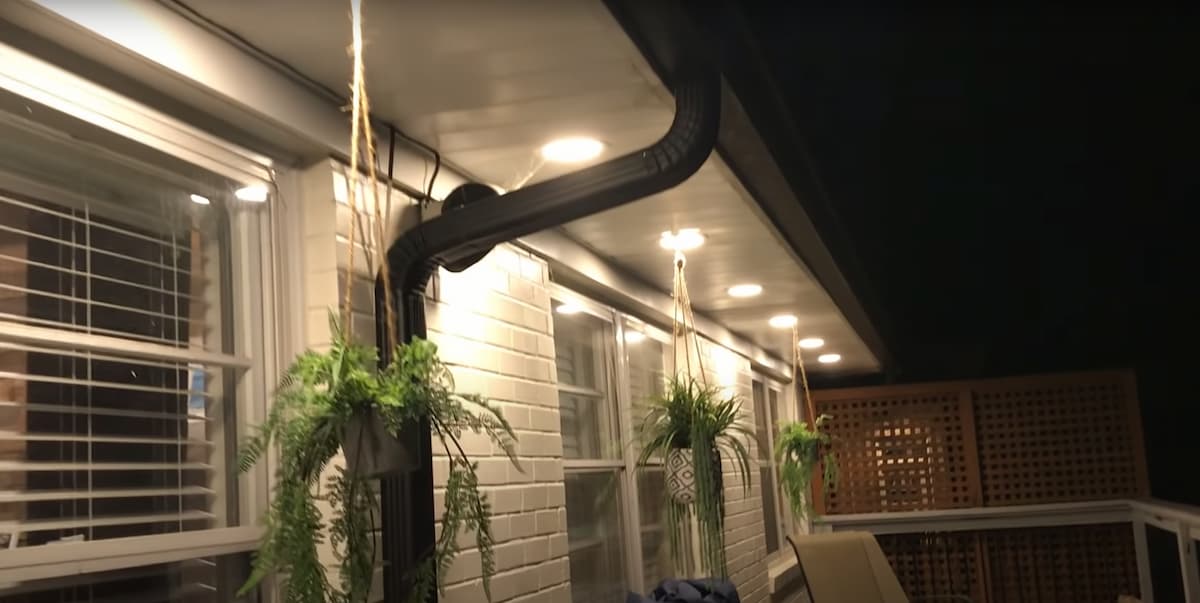 Have you been thinking of installing downlights? Downlights can offer more light or alter the ambience of a room. Read more… 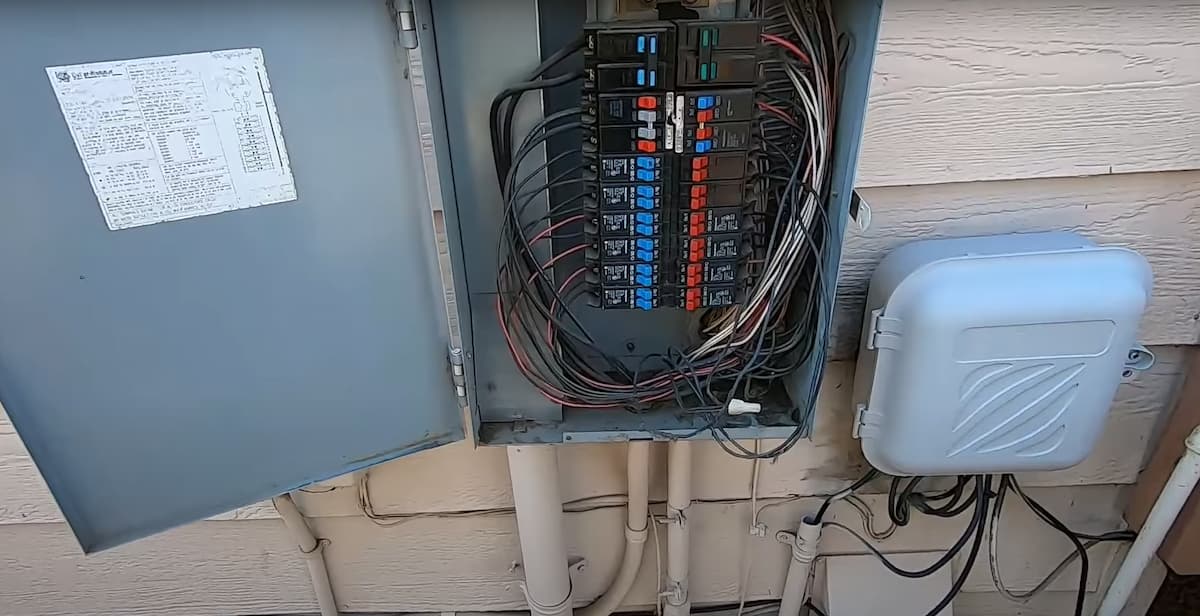 Electricians are often needed for emergencies. Sometimes, they may need to be called out at the last minute. Read more…